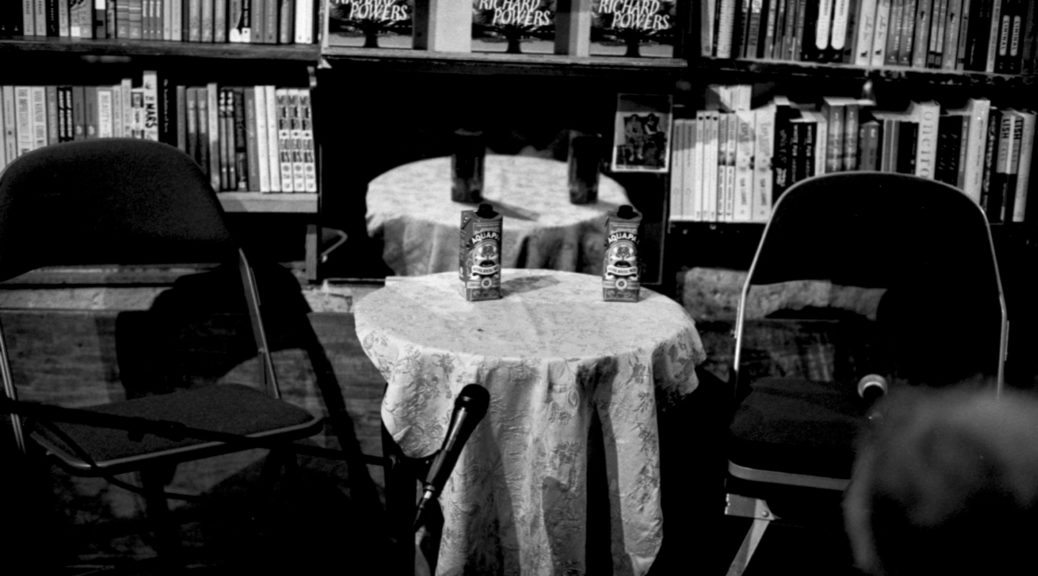 In the last few days I covered many weeks … and now we are once again the Richard Powers reading at Shakespeare and Co. On that evening I was so distracted that I took almost no photographs, which was a great missed photographic opportunity. It was the first time in a long time that I had spent any length of time in the store. In the fifteen or so years since I arrived in Paris shop has expanded considerably. A few closed back rooms have been opened, there is a new entrance at the rear, and a cafe has opened next door. There is a fellow at the door controlling how many people enter the shop, because, well it’s a bit small inside. And, of course, George Whitman is no longer alive and his daughter, Sylvia (yes named after a certain Sylvia Beach) has taken over the shop. It seems to be doing very well, judging by the number of people one can find in there I just hope that they are all buying books.

I met George just once I think. Everyone knows the stories. There was a tradition of readings on a Monday evening and I had written and memorised a poem about a certain Lithuanian writer which I recited almost as if possessed. It wasn’t enough to write a poem, you have to memorise it too. After the reading we were invited to George’s flat where he served us chilli. There was an enormous quantity of food which even I didn’t manage to finish. It was explained to me that George was of that post-war generation that still remembered not having enough to eat. This must have been around 2005. I am very happy to see the store prosper.