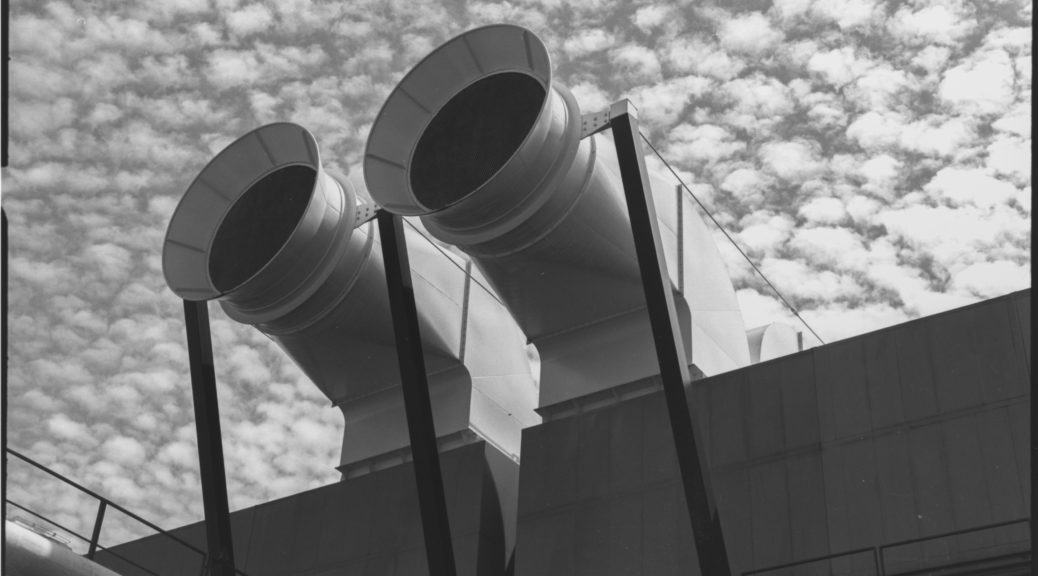 I don’t deny that I have a deep appreciation of Italy and of the Italian language and culture. I learned a lot during my two years in Bologna more than a decade ago. Today, I enjoy every trip that I make back there. Each time I return there is a chance to speak Italian with Italians in Italy and to re-immerse oneself again in that complicated, beautiful, contradictory country. I don’t hesitate to repeat to everyone, in three different languages, the perhaps apocryphal quote from James Joyce: The only difference between Ireland and Italy is the weather and the food.

And so to Ferrania. At one time this company was the largest manufacturer of film in Europe, and thousands worked in their vast factory in the woods in Liguria. In Italy, the Ferrania name is associated indelibly with film. So, when I learned that two friends Nicola Baldini and Marco Pagni had launched a kickstarter to buy all the old Ferrania machinery and re-start production at a scale appropriate for the digitally-dominated early 21st century I was intrigued. Their first product would be… Ferraniacolour film. I was interested, but you know, colour is not really my thing. Then, at the beginning of 2017, came the surprising announcement: In fact, Ferrania would start by producing black and white film, and not any black and white film, but P30, the stock used by many famous Italian neorealist directors, among them Michelanglo Antonioni.

Antonioni is a little different from the other directors of his era. Antoniennui say the detractors. Nothing much happens his films, but then should it? Life is not always about fighting wars, saving the planet, being heroic. A few years after I arrived in Paris I discovered all his films at the Champo cinema, and I even wrote about them on this blog. Although probably my favourite now is wonderful (colour) film “The passenger” with Jack Nicholson, the trilogy of L’Avventura, La Notte, L’Eclisse are for me one of the high points of cinema. Each scene of each film is so carefully, cooly framed. And, as I discovered reading the Ferrania web-site, shot in P30! You have to understand why this is important: one of the reasons Italy is so unique is because of that aesthetic sensibility so deeply ingrained in the culture and attitude. There is different approach towards beauty, something which is at the same time casual but profound. Different again I think from France or Japan, for instance. I follow with interest the announcement of new photographic films, and Ferrania P30 immediately announced itself as something different, a film with a uniquely storied history, from a country with a long and important cinematic tradition.

I ordered five rolls just as soon as I could. Yes! Like the old Ferrania publicity, my photography would be transformed (or perhaps not)! And then last week, returning from a meeting, I found my film waiting for me, just in time for the weekend. Ever better, bright sunshine was forecast, and I had a friend visiting who wanted to walk around Paris with me and take photographs. Appropriately, I broke out my second Leica M6, together with the wonderful fifty-year-old Summicron-M 50mm lens that my friend Jean-Francois has loaned to me, and loaded it up with P30. My friend an I walked around the Marais on a hot Sunday afternoon where there were a lot of people and not many of which paid attention to me and my camera. Soon enough, I had shot my first roll of P30.

But first: these days, many people scan film. It is the easiest way to get the images into a computer, and good-enough scanners can be had for a few hundred euros. But scanning does not tell you the full story about the film, how it has been exposed, what it looks like. I’m fortunate: I have access to a darkroom. So a few days after developing my first roll of P30 in Rodinal at 1+50 for 8mins in the kitchen of our small Parisian apartment (sorry for the technical details, but it’s important to mention them) I made a trip to the observatory darkroom which I maintain. Despite having already scanned the roll a week previously, I am old-fashioned, so the first thing I did was to make a set of contact prints, following the rule that one should expose enough so that the sprocket holes are as dark as anything in the frames. I like looking at contacts, although I admit they are not very practical today.

Looking at the print with the light on I realized that something was wrong: the images looked underdeveloped (underdeveloped and not underexposed, because in most cases the shadow details are still visible). The developing time quoted by Ferrania in their “best practices” for Rodinal seemed too short. And in fact, when I got out of the darkroom I discovered that this was the case: the data sheet has been updated a day or two ago and the new times in Rodinal are almost double the old ones. But I could already see from these underdeveloped contact sheets and from the scans I had made earlier that P30 was something special.

Rather than showing scans of the negatives, I thought I would show here scans of the prints which were made, appropriately enough, with an Italian Durst enlarger. Remember, these emulsions were formulated to be printed and not scanned, of course! In the dark-room, trying to adjust the focus and looking through the grain enlarger I discovered that I almost couldn’t see the grain. Ferrania P30 must the be finest grain film I have ever used (although I admit I never tried film slower than 100 ISO before). Peering through the grain enlarger I could well understand why such a film was so attractive to cinematographers. I made all on the prints with a grade 2 filter: the contrast is nicely reduced. Eagle-eyed folk will note the notch on the left-hand side of the images: my friend’s camera has a hole cut in the shutter, so you can easily tell which photograph was taken with which camera. Apparently, many photographs did this once…

(I think it’s fun scanning the prints, but you’re even more at the mercy of bits of dust and imperfections; of course it is time consuming. I think the best thing to do with prints is to give them to people, or put them on the wall. For reference, the scanned version of the first one of these images can be found here)

So, what do I think of the film? Like it says in the wonderful Ferrania video, it is a beautiful film. It is beautiful not just because it is fine-grained, it is beautiful because how light looks in the photographs. The scans do not do it justice. I have tried a lot of different films in the last two years, and Tri-X is probably my favourite; but after this one roll I am thinking that P30 might just might be my preferred slower film. Of course, an 80 ISO film is not ideal for shooting street photography in Paris in winter, but in bright sunlight I can just about make it work!

I have so much admiration for Film Ferrania and what they have managed to do in re-creating this film. I know how hard it can be sometimes in Italy to achieve something like this, and perhaps not everyone appreciates this. The Film Ferrania founders write modestly on their website how they were supported by the local government but to achieve something like they have achieved requires much determination and perseverance. I wish them much success, and as soon as the shop is open again, I will be buying more P30!

And I’ll be taking my other rolls of P30 with me on my up-coming one month trip to Japan and Thialand. To paraphrase Gary Winogrand, I will take photographs of these places to see what they look like when photographed… on P30.

Note added later (August 2017): As mentioned in the text, the The Ferrania P30 “Best Practices document” has been updated since I wrote this. The recommended time for P30 in Rodinal 1+50 has now been increased to 14mins. I’ve since developed two further rolls under different lighting conditions, it seems to me that 14mins is perhaps now a touch too long. Midway between the two numbers might be right! I need to make further tests in the darkroom…