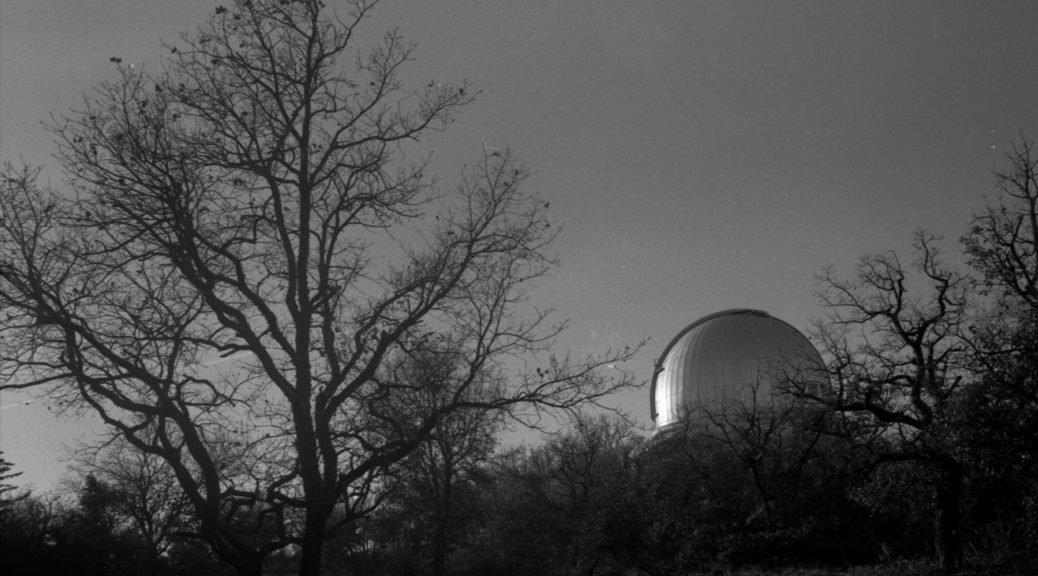 The Observatoire de Haute-Provence (OHP, as we call it to save words) is remote. To get there, you take the TGV to Aix-en-Provence, and then rent a car and drive north for around an hour. The nearest town is Manosque and the observatory is in the mountains. Each year I go there with two other astronomers to teach observational astronomy to a group of Masters-level students. The course is organised by Herve Dole who meticulously sorts everything out, helped out a lot of course by people at OHP and the Universities. We usually have two or three nights on the 120cm and 80cm telescopes, and usually it is clear for around two or two of those nights. There is a lot of work involved: for each group of students, there is a full scientific project, starting from planning the observations and finishing with a report and presentation. This year was particularly interesting: we successfully managed to observe an a transiting exoplanet, a planet which passes in front of its star and causes its light to dim.

The story of OHP is a long one. Observations started here at around the same time the IAP (Institut d’Astrophysique de Paris) was created a story which you can read about here. At the start, the OHP was, more or less, the “observing station” of the IAP, a place where the latest instruments could be tested out and where the still-new field of astrophysics could get the data it needed. I won’t go into the whole history of OHP here, but a succession of larger telescopes were built there, culminating with the mighty 193cm telescope in 1958. It was with this telescope that astronomers made the discovery of the first planet outside our solar system, 51 Peg, in 1995. The funny story here is that around the time I was studying for my Masters’ degree in Victoria, astronomers there were using an almost identical telescope at the Dominion Astrophysical Observatory for the same scientific project (with different instruments). Alas, their control of systematic errors was not quite good enough; they missed out.

The situation at OHP has evolved. The number of astronomers using the site has greatly decreased in the last few decades with the arrival of other astronomical observatories situated in locations like Hawaii and Chile. Investments in the site have declined, reflecting a policy of concentrating resources in larger telescopes further away. But there is a lot to be said for smaller telescopes with modern instrumentation nearby, as I saw when I visited the JPASS observatory in Spain in 2015. There they have constructed a new small modern telescope on a site like OHP but with modern state-of-the-art detectors. Despite spending a lot of my time working on larger projects, I think there is a lot to be said for keeping sites like OHP open providing a compelling niche can be found.

Today, there are only a few people around after the sun sets. Although there are many telescopes, only one or two are regularly used. Some have been converted to remote, robotic operation. In the past, a chef cooked legendary evening meals each night, but today we re-heat meals made earlier in the day in the microwave (which never get things quite hot enough.) Still, the observatory has decided that educating students in the techniques of observational astronomy is a priority, and each year many nights of telescope time are dedicated to student projects. There is accommodation on-site which is very comfortable. The course that I teach in is part of the Master 2 program for astronomy in the Paris region, and we have tried very hard to keep an empirical, practical approach to our course. You wouldn’t expect it, but fewer and fewer astronomers actually travel to telescopes these days, and I personally appreciate seeing in person the telescope and dectectors even if they are not at the forefront of technology.

This year is my second trip to OHP with film cameras. I wanted to capture something of the feeling of being there in the middle of winter. Each morning one could see wonderful things like this:

Here are a a few photographs I took around the observatory during the day.

And as night falls, time to observe, or eat, depending if your observations are finished or not.

As each year, we stayed a week, arriving on Saturday afternoon and leaving early on the following Saturday. It was kind of nice to be slightly abstracted of the concerns of everyday life. When I wasn’t working, I worked on my article for Emulsive. I learned things. I learned that there is such a thing as the “Qatari Exoplanet survey” and our students successfully confirmed one of their transiting exoplanets (and I actually did a fair amount of work aligning their hundreds of images for them). We ate galette, which is a long tradition in France and in Provence it’s even better. And I took a lot of photographs of trees and domes. And group photographs. The best ones are always the unplanned ones. Like this one, taken at sunset. Almost everyone is there, except Herve, but here it is anyway:

I am already looking forward to returning in 2018!