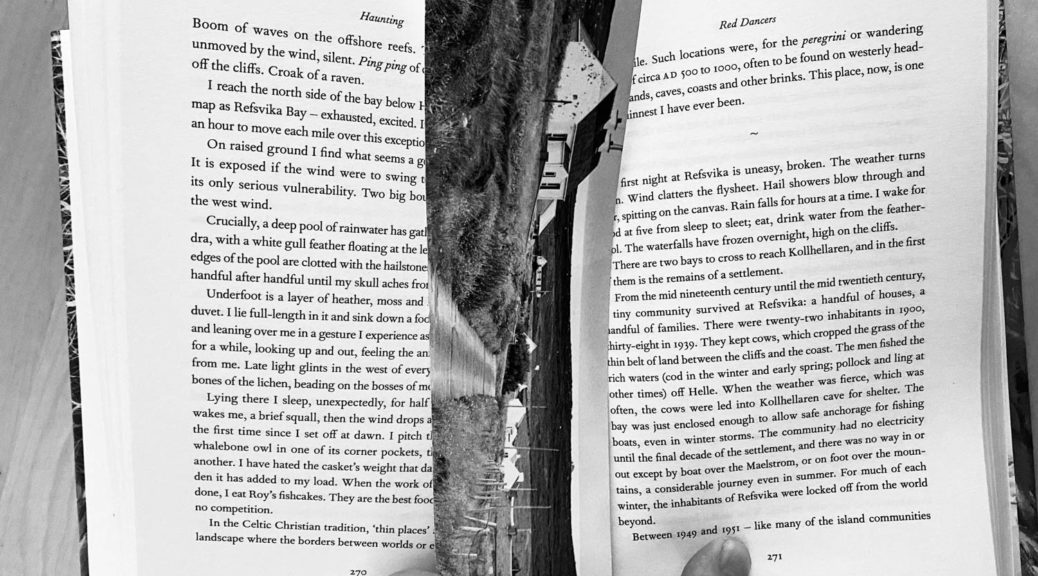 I’ve recently finished reading Robert Macfarlane’s Underland, a poetic and profound book about all that is hidden. Macfarlane descends into caves, tunnels and holes all around the world as well as climbing a few mountains too. Much of it is genuinely terrifying especially as MacFarlane interleaves his stories with tales of similar past expeditions which went tragically wrong. And MacFarlane travels to Paris.

While I was reading the book, I took a walk down to the Petit Ceinture, the abandoned railway that rings Paris and that passes under the Mountsouris not far from here. Like the High-Line in New York, the railway has now been rehabilitated for Sunday strollers. The day that I went there, surprisingly, the gate leading to the tunnel under Montsouris was open. There in the middle of that tunnel there used to be an entrance to the carrières, Paris’ former underground quarries where the limestone that made famous monuments all around Paris were extracted. The middle of that tunnel is dark, silent and damp. Today, the entrance to that Parisian Underland that Macfarlane writes about in his book is closed, sealed off. But there in the middle of the tunnel, daylight a thin semicircle a few hundred yards away, one can catch more than just a whiff of the solitude and isolation, so paradoxical a sensation in such a crowded and dense city.

Continuing in the book, I found myself agreeing with much of what Macfarlane wrote, impressed by his learning, nodding in agreement with his little sketch of the scientist making incredible measurements in a cave deep underground with as about as much drama as someone buttering a slice of bread. That’s what science teaches you to do, it tells you how to confront the infinite and to abstract it away so it can’t touch you or affect your judgement.

Further on in the book I found this passage:

In the Celtic Christian tradition, ‘thin places’ are those sites in a landscape where the borders between worlds or epochs feel at their most fragile. Such locations were, for the peregrini or wandering devouts of circa AD 500 to 1000, often to be found on westerly headlands, islands, caves, coasts or other brinks. This place [Norway], now is one of the thinnest I have ever been.

I looked down again at the words I was reading and I saw that my bookmark was in fact a thin test strip of baryta paper on which I had printed a slice of Aranmore island, a close-cropped landscape with a house in the distance with grey-white walls and the paint only there in places.

Now I understood. Arranmore is a small island just off the coast of Donegal, very close to the mainland but far enough away so that one indeed feels some slight sense of such things. I was there for a few days this summer with ML. Even then in the heights of July and August there are not many people on the island. If one walks around to the other side of the bay, away from where the small passenger ferry comes in and where the pubs are one is alone facing the Atlantic. The lights of the mainland are resolutely blocked by the cold soil of the land. There are beaches with abandoned boats and low grey skies heavy with silvery clouds. People live here, though. I walked past a school and on the wall there was a big map of Ireland. What surprised me about it was there was a big black blank hole in the top of right of the map, devoid of features and writing or place names, that’s where I come from.

I realised reading Underland that in fact I have been searching for these “thin places” like this Island for all of my life. I am not as an adventurous traveler as Mr. McFarlane, but I will bear his words in mind, I think.

2 thoughts on “Underland and Arranmore”