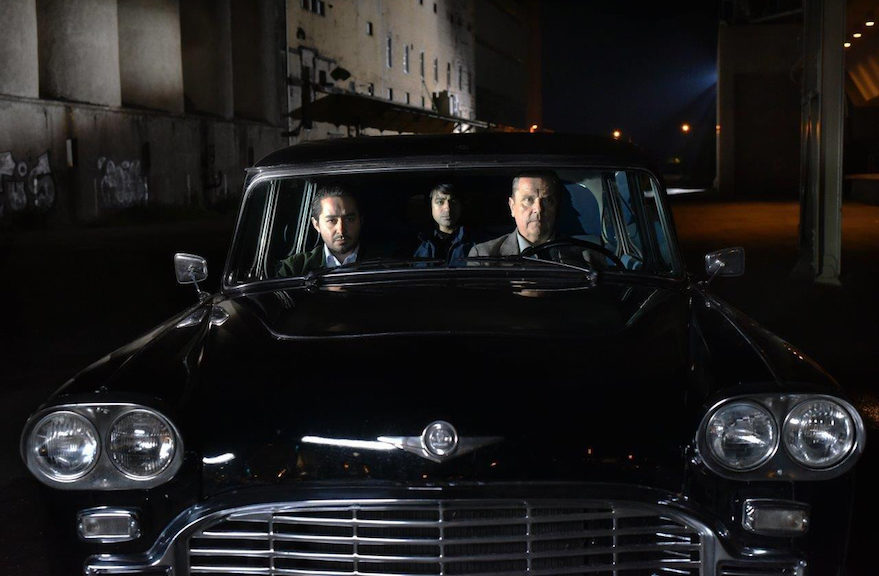 I’ve long been a fan of the films of Aki Kaurismaki. I think, actually, I have seen every single film he has made (mostly at cinema festivals in Paris). So I was very happy to see that his new film, “The other side of hope” would be coming to the cinema screens in Paris this week. And this is less than six months since Jim Jarmusch’s “Paterson”, two directors who are always linked together in my mind.

I won’t say that “The other side of hope”, Kaurismaki’s new film, breaks stylistic grounds. It is merely the perfection of a cinematic style and atmosphere that Kaurismaki has spent his whole career refining. Every beam of pale, weak northern light falls through the windows at a slanting angle. Interiors are a muted pallet of blues and red, shot beautifully by Kaurimaki’s longtime cameraman, Timo Salminen. I admit I also felt relief, in the first few minutes of the film. Seeing the blue morning light on Helsinki docks together with that faint shimmer in the sky, I realised that Aki, unlike Jim, was is shooting on film. In fact, I find remarkable echoes between some photographs of Harry Gruyart and Kaurismaki’s films.

The plot is easy to summarise. Like his last film, “Le Havre”, Kaurismaki tells the story of an immigrant. In this case it is a Syrian, Khaled, who escapes Aleppo after almost his entire family are killed. He wants to start a new life. There are a few adventures, an arbitrary decision at the hands of the law, and after escaping “justice” he meets a traveling salesman turned restaurant owner, Wikstrom. Wilkstrom is also looking to start a new life. He is played by Sakari Kuosmanen, who’s been in Kaurismaki films since the 80s.

When people speak in Kaurismaki movies, there are no body movements. You would never expect someone to run into a room and shout “Freeze!”. You’ve perhaps heard the joke: how do you tell an extroverted Finnish person?” Answer – “He looks at your shoes”. There are long cold silences, and if one word will do, then one word is all it takes. In one scene, Khaled is is talking with a fellow refugee who advises him how to behave in Finland. “Don’t look too sad or they will send you back!” he says. But also, “Don’t smile too much, or they will think you are crazy!”

Most people in the film behave with a simple common decency. We have become too accustomed to cinema where people display their emotions and the film is all the more resonant for it. Wilkstrom employs Khaled in his restaurant because it is the obvious thing to do, and no hands are wrung over the matter.

Kaurismaki has announced that this will be his last film, that he will not complete the “port city” trilogy that this film and “Le Havre” were part of. Ominously, Kati Outinen (who has been in many of Kaurismaki’s films) comes onscreen for a few minutes early on. She buys our traveling salesman’s stock of shirts at at a knockdown price, but refuses a job with him, announcing that instead she is moving to Mexico. I sincerely hope she can be persuaded to stay and Kaurismaki continues making films!