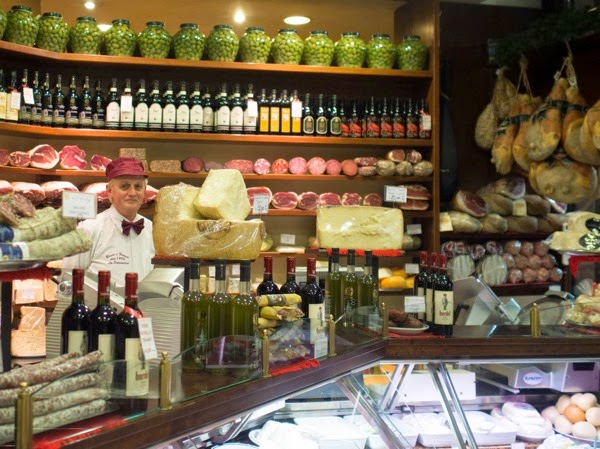 This week I flew to Bologna, Italy with two colleagues for a Euclid meeting. It was a meeting to plan Euclid instrument operations, so there was a lot of technical discussions, very close to the metal, but it was a lot more interesting that I had expected it to be. It is the first time I have visited Bologna for more than two years, a city I know very well as I was a postdoc there from 2001 to 2003. I realise too that this is the first time I have written anything in this blog about Bologna, which is surely a serious error, given how much I appreciate this city.

We arrived there in the middle of the afternoon last Wednesday. Our aeroplane banked low as we approached the city and there was a wonderful evening light shining on colli bolognesi. There, on a hill by itself I could see the San Luca church, together with the two towers one of the symbols of the city. From the airport we took a taxi, and in a few minutes we were at the hotel, the hotel “Universita” where I stayed during my very first visit to Bologna. A few minutes afterwards, we were in the streets of Bologna. We were very hungry, Air France these days practice starvation diets even on flights leaving around lunchtime. So, we ate some piadini in a cafe underneath the arcades on the via independezia before heading out to visit the city. Our meeting would not start until the next day, and we had a few hours of shopping before the evening meal. I knew exactly where I wanted to go.

To me, at first glance, the city does not seem to have changed at all. There are still the same narrow streets, the same brick-red buildings. The same movement, even late at night. We visited a few sights of the city, and I went to all the shops that I liked when I lived there. I bought all the things that I like: coffee, chocolate, a good bottle of wine, grappa, some cheese and prosciutto. In almost all the shops, everyone remembered me, and I was treated with great courtesy (as I would say, Italian spoken with an Irish accent is unforgettable). Heavily laden down, I made my way back to the hotel at around 6pm. Only thanks to my colleague Olivier H. was I able to bring everything that I had bought back to Paris: he had some extra space in his bag.

Afterwards, we went to eat at Tony’s, the trattoria on the ground floor of the building I used to live in, on via Augusto Righi. This restaurant had great importance for me when I lived in Bologna. I waited there in Tony’s with my cordless telephone that evening in June 2003 for the call from Emmanuel B. to find out if I had been recruited or not for the post of “assistant astronomer” at the Obs. de Paris (it came; I had). The day that I left Bologna, towards mid-day I took down my very last possessions that I had in my apartment and put them in my white Ascona parked in front of Trattoria Tony. At that moment, the waiters came out from the restaurant (they were just preparing the tables for the Sunday mid-day meal) to bid farewell.

At Tony’s we were five at our table. The restaurant was full. Tony’s has that direct, unforgiving light so typical of Italian trattorias: you can see exactly what you are eating. I had the meal that I often ate many years ago, tagliatelle al ragu, followed by the the fileto con aceto balsamico. It’s been a while since I was hungry enough to eat all that, but during all that walking in the afternoon I had worked up a strong appetite. At the end of the meal, I talked to Stefano, the son of Tony. I found out that Tony was no longer alive: he had had an accident and died two years ago. I talked to them about my father and what happened this year: I can understand this kind of thing now. Leaving the restaurant I felt a bit weighed down by all these thoughts of mortality but hey, that could have also been the two bottles of Sangiovese that I had drunk. Later, after a nice ice-cream at Gelateria della Moline I met my friend Tommasso. It was great to see him again and we talked for a while in the cold metal chairs in front of the gelateria before I returned to the hotel Universita .

The next day, a full day of meetings, followed by a meal at a nice restaurant on the via san petronio vecchio. There was another friend I wanted to see, but she was not arriving in Bologna that night until after 11PM. I thought, we will never be that long at the restaurant…but we were. So we met, and I walked back to my hotel through the somewhat slightly more silent streets of Bologna around two in the morning, and the next day we left.

On that distant summer’s evening  while I was sitting in Tony’s and the phone rang to tell me that I had a permanent job in Paris,  I said to myself: well,  there are not so many places in the world that I would be happy to go to after living here in Bologna…but probably Paris is one of them. So I said to myself, do not be sad to leave Bologna. There is certainly however something special about this city. I am looking forward to returning there before too long.