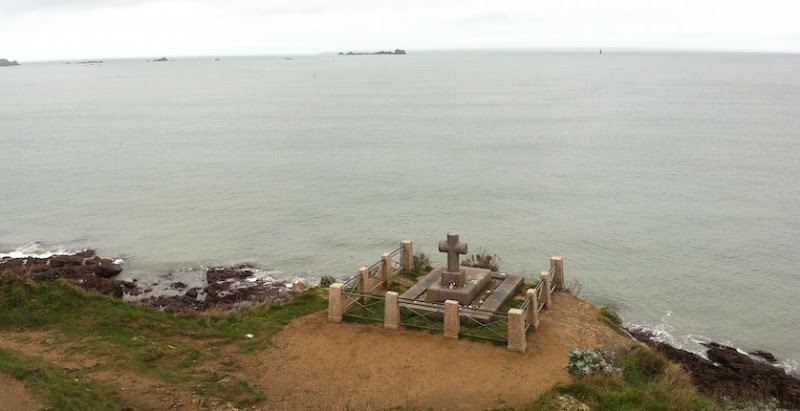 A few weeks ago I found myself listening to a radio programme where they mentioned a new autobiography of the French 19th Century writer, Francois-Rene de Chateaubriand. Now, I had heard of this man before: he had lived in an apartment near the paris Observatory, which is marked by a plaque on the wall (It’s on the avenue Denfert-Rochereau). I had already heard of his last, long book, around ten years ago, the enormous “Memoires d’Outre-Tombe” (Memoires from beyond the grave) thanks to a certain American Writer. But hey – we are living in the 21st century, where every intellectual curiosity can be instantly satisfied. Within a few seconds I had downloaded the first volume (of ten I think) of “Memoires d’Outre-Tombe” on one of these shiny electronic devices we have these days and started to read it. Being wholly electronic, one has no real impression of the heft and size of the book: it’s not like for instance trying to read Pynchon’s “Against the Day” or David Foster Wallace’s “Infinite Jest”, both of which are more than 1000 pages in length. “Memoires d’Outre-Tombe” is even longer than that. One is not intimidated. So I started reading. And after a week or so I knew what I would be reading for the next few months — the book is much more interesting that I expected it to be.

Chateaubriand lived in an extremely tumultuous time in French history. Born in 1768, he died eighty years later in 1848 after having witnessing the French revolution and all that came after it (Napoleon the Emperor, the restoration). He travelled travelled widely. I’ve now read the first ten books out of forty-two (!) and there are many wonderful descriptions and scenes. Chateaubriand is considered as one of the first romantic writers and it’s easy to understand why. He describes his childhood in Combourg, a mediaeval chateau in Brittany: this chateau once held 100 people, but when his family moved there they were in total maybe 20 people in the Chateaubriand household. His father sent each member of the family to a separate tower and Chateaubriand (who was less than ten years of age) spends his evenings listening to the wind whistling around the rafters. He is in Paris during the storming of the Bastille, and his descriptions remind me more than a little of the scenes after the fall of the Berlin wall — people singing and reciting poetry on the rubble… In the purges and terror, he survives but most of his family do not. He travels to America, stopping off at Baltimore and embarking on a crazy quest to try to find the north-west passage (which for unknown reasons seems to involve going to Florida). He has an audience with George Washington. He heads out into the American countryside, he see the forests being cut down to make space for the European settlements, encounters indian tribes which will shortly be massacred. He comes back to France after six months abroad (after seeing a newspaper in an American farmhouse announcing the flight of the King)… he returns to Paris and then enlists in a emigrant army to fight the French Republicans alongside the Prussian army. This army is composed of a diverse collection of displaced badly-equipped aristocrats and they spend a few months wandering around in the mud to not much effect, laying siege to the French city of Thionville, which resists. Cheateaubriand is wounded and manages to make his way to England…

What’s actually surprising about the book is that it is very cutting, sarcastic and funny. His descriptions of Danton, Marat and friends are excellent and terrifying. And I found a lot of echoes with other books I had read which were written much later: they have all been influenced by Chateaubriand without perhaps even realising it. Thomas Wolfe, for sure, for my money.

Chateaubriand was a Breton, from St. Malo: and Marie-Laure and I have just come back from three days’ vacation over there, just after Christmas. A welcome trip: St. Malo is deserted at this time of year, there are long beaches to walk along, excellent oysters and clams to eat. I made good progress reading “Memoires”: strange and wonderful to hear his words in his town. And the day after we I arrived I discovered that Chateaubriand’s tomb is on one of the islands facing St. Malo. This island is isolated from the mainland at high tide. Mr. Chateaubriand is facing the ocean; it seems that the wind he felt in his childhood tower was something that he wished to stay near to for a long, long, time. 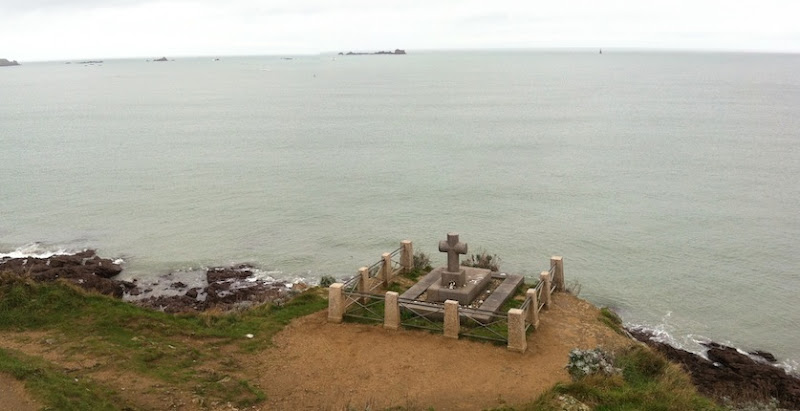