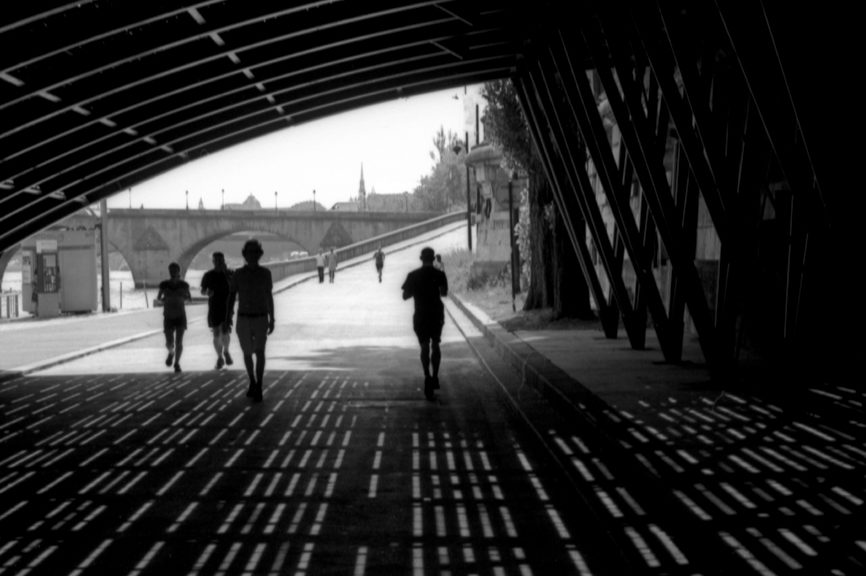 Sometimes life knocks you sideways: I spent too much of September and October working, and I’ve allowed things to get ahead of me. Now I have another short (enforced) stay at home, so time to catch up. The photographs are still there, in their folders, scanned, waiting to be printed or sent out around the world.

This one is from a summer’s walk around Paris with this fine-grained ‘old school’ Rollei Retro 80s film. (Technical details: For those in the known, this is one of those ex-surveillance films from Agfa which are distributed by Maco in Germany, the other one is Retro 400s. They are nice films, but one has to be careful developing and loading as the film base is very thin. But developed and exposed right they can produce nice tones).