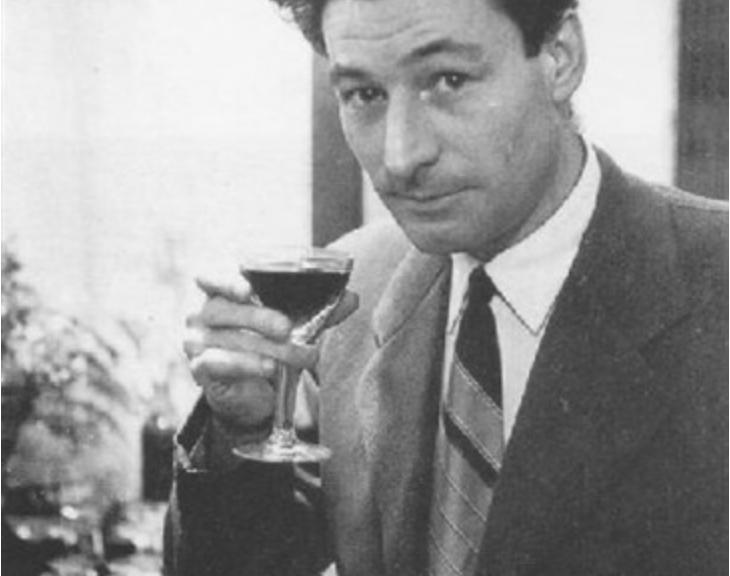 There is a certain segment of time and space here in Paris that fascinates me. It’s that period just after the second world war. Now, a few months ago, just before the portcullis gates swung down (on st. Patrick’s day of all days) I bought Robert Giraud’s Le Vin des rues. A few weeks before that, I discovered by chance the “Librairie Le Piéton de Paris” and following the excellent recommendations of the shop’s owner I bought Patrick Cloux’s “Au grand comptoir des halles“. Over the next few weeks of the lock-down I read both books very closely. They both describe postwar Paris lucidly and entertainingly.

The back-story is well known: for centuries Les Halles was the beating heart of Paris with an enormous market which attracted vast crowds at all times of the day and night. It was at Les Halles that food and produce was bought and sold for all of France. Eventually the narrow streets proved too limiting for the endless deliveries and in the 1970s the wrought-iron 19th century marché was destroyed and operations were moved to a more modern and convenient location at Rungis. The destruction was filmed and photographed; a quick tour on YouTube and you’ll find it all. As well as the above-ground wrought-iron market halls, Les Halles contained enormous subterranean cellars and by the time all that was excavated and removed an enormous hole was left gaping at the centre of Paris, the famous trou des halles.

For quite a few years nobody quite new what to fill it with. There was even a western adventure movie about Custer’s last stand made featuring the hole and surrounding wreckage. Well, of course later there would be a underground railway exchange for the new rapid train nework (the RER) but what else? A shopping centre, Forum des Halles, which is universally unloved. Meanwhile, the parking lot where the produce trucks idled was transformed into the Centre Pompidou. To a person walking around Les Halles today there is almost no trace of the past life. The ouside of the shopping centre looks a little better than it did when I arrived in Paris; it is now covered by the ‘canopée’. In an interesting bit of architectural short-shortsightedness for a city with Paris’ climate the canopé is not actually waterproof. There is at least much more space there than there was before; it is is now open on both sides.

These details you could have found on the interwebs. What Cloux’s book aims to bring back are the people, the conversations, the circumstances, something that is lost in a bare rendering of facts. It is wonderfully evocative. I’ve already written about Jack Yonnet. Girard and Yonnet, togethether with the humanist photographer Robert Doisneau, are probably amongst the better-known characters from that period. But there are many others in there too. There is Claude Signolle, an expert on the occult. Signolle meets a shady character, a man claiming to be practising witchcraft, who shows him the book that he uses to make sure his incantations work. It is one of Signolle’s own books!

Reading Giraud’s Le Vin des rues just after Cloux’s book I understood why this text was so important as a description of that epoch. Reading Giraud is like listening to him talking to you in the Parisian argot of the 1950s (which is not always easy to follow). A simple as a conversation, colloquial, slangy. You could indeed imagine him in front of you on the other side of the bar with a glass of wine in his hand. Giruad describes how hard life was in Paris in the early 1950s and all the characters he met during his walks across the capital. He must have known every homeless person in the centre of Paris, all the people on the fringes of society that polite people would hurry past. It was Giraud who introduced these people to Doisneau who then photographed them with such success.

Everybody in Giraud’s book is trying to turn a trick to stay alive. There is the man, for example, who lives in a tiny narrow apartment on the roof and who catches pigeons to sell to fancy restaurants, telling the buyers that they were were caught on country estates. Similarly, once the tourist boats have left, a group of shady characters make night trips onto the Seine to catch fish with explosives which are then brought right to les halles to sell. The there’s the blind girl Girarud helps by collecting cigarette butts for her which she sells on to another character who reassembles them into full cigarettes. Then there is a Giraud himself, who hangs around les Halles at midnight because that’s the best time to look for work, they always need a helping hand unloading the produce trucks and it’s good money, even if you have to work straight until the dawn. (Both he and Yonnet were casually brave during the war. Yonnet led groups of men around Paris into buildings where they would set up clandestine radio antennae to broadcast information to the resistance. An incredibly dangerous activity in occupied Paris and Yonnet had to kill one of his own men who was on the point of betraying them all the the Nazis. Giraud only escaped his Nazi death-sentence when the town where he was being held was liberated by the resistance; he went on to edit a newspaper for them.)

The worlds that Giraud and Cloux and Yonnet describe are a vast distance from the established literature of the time, even if the you could walk in less than fifteen minutes from Giraud’s bars in the rue de Buci and rue de Seine to the Boulevard St. Germain. I don’t know if Cloux’s book will be ever be translated into English. it’s a dense, lyrical text that took me long enough to read. It felt strange to read these books and to know that, while I was reading them, not a single bar or cafe was open anywhere in Paris.