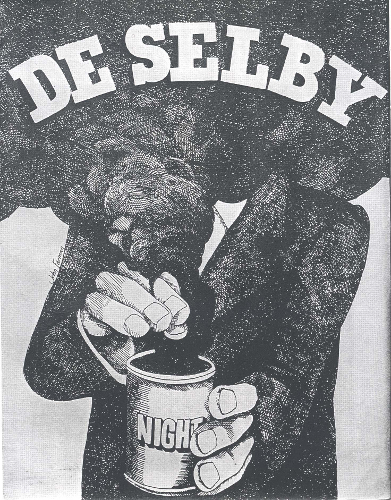 These days, we know far more about the origin, nature and fate of the Universe than at any time in history. Justification? Well, any good description of the Universe has to be able both to provide a framework for understanding what has happened in the past and provide predictions for what will happen in the future. It should, more than anything, be consistent with observations. During the past few centuries, the quantity and quality of observations we have made have vastly increased. Applying our new-found knowledge of physics we’ve constructed new instruments and these have allowed us to probe the contents of the Universe right back to the “last scattering surface”, the brick wall beyond which no photon can penetrate.

But there is a problem…

But there is a problem. Our current best cosmological model, the one which matches most observations, happens to contain two substances whose precise nature is still somewhat, shall we say, uncertain. This model is called “Lambda CDM” which means that it has Lambda, “dark energy”, and CDM, which stands for “cold dark matter”. Perhaps that should be with a comma, as in cold, dark, matter? In any case, these two substances, dark matter and dark energy, according to this “standard model”, account for most of the energy content of the Universe. Ordinary material is just the few percent left over. Needless to say, intellectually, this is not a satisfactory state of affairs.

Worse yet, this “standard model” has proved surprisingly robust. Data from the last big cosmology mission, Planck, analysed in part by my colleagues at the IAP, provided a final data set which seems to be in almost perfect agreement with the predictions of the standard model. There is just a hint of a discrepancy with a few measurements at lower redshifts from separate experiments which could be very well explained by imperfect astrophysical and not cosmological knowledge. At the same time, many teams have been trying for the best part of the last few decades directly detect dark matter particles. Other than the mysterious DAMA/LIBRA result, which shows an oscillating signal of who-knows-what there has been no hint of a dark matter particle. The range of particle masses excluded by other experiments are getting smaller and smaller. In particle accelerators like the Large Hadron Collider, no evidence has been found for kinds of particles that dark matter is supposed to be made of (although their mass limits have been narrowed).

Certainly this situation has penetrated the popular consciousness. Many people aware that there is some “dark stuff” which nobody knows what it is. But you see, this is only half true. In fact, the characteristics of dark matter are known very well because it must have those properties for the fabulously successful standard model to match most of the observations.

Now, notice that I said most of the data. There are a selection of problematic data which may or may not be in agreement with our cosmological theory. Here’s the thing though. Any theory which purports to explain any discrepant observations has to only explain the discrepant observations, but everything else as well. That’s hard. Maybe there is no dark matter at all? Maybe it’s like Ptolemy’s “epicycles”, a complicated construct masking an underlying simpler truth? Or maybe gravity works differently on large scales?

So a few days ago on Facebook, buried amongst the cat videos, I came across this article by David Merritt which promised to be a philosophical attack on Lambda-CDM. I had high hopes, but reading the paper in more detail, it doesn’t seem to deliver a knockout blow to Lambda-CDM. Merritt characterises dark matter and dark energy as “conventionalist strategies”, a term borrowed from the great philosopher of science Karl Popper. This is bad: Popper explains that hypotheses which are added to a theory which do not increase its degree of falsifiability are conventionalist. I have to say, I adhere strongly to Popper’s ideas: if you cannot prove a theory wrong by observations, then it is not a real scientific theory. These “conventionalist strategies” are “sticking plasters” added to an existing theory when it should in fact be discarded.

Merritt also argues that a large number of the difficult and as yet unresolved problems in the standard model (many dynamical in nature) have been ignored by textbook writers. He provides an extensive hit-list of cosmology textbooks and whether or not his three named problems are discussed or not. They mostly are not. But is this a problem?

It seems to me that Lambda-CDM has been very successful given our ignorance of its constituents. The weight of observations consistent with theory is large. No other explanation has been proposed which agrees just as well with all this data, and I suspect many of the problems on Merritt’s list may simply be resolved by a better understanding of how normal matter interacts with dark matter. This is a very complicated process, and probably can only be solved numerically using very large computer simulations.

I am not saying that the current situation is satisfactory. I think simply that the hypothesis of dark matter and dark energy is more palatable, for instance, than arbitrary modifications of general relativity. Should we really discard Lambda-CDM for such a theory? Merritt argues that dark matter and dark energy are unverifiable hypotheses, but surely a modification to general relativity without any theoretical motivation is worse? That said, there are theories of modified gravity which have more robust origins. But as I said, we must not forget that that theories must also match all the existing observations, including the discrepant ones!

If Flann O’ Brien was around today I am sure he would have had a lot of fun with these ideas. After all, O’Brien’s philosopher-scientist De Selby claimed that night was an accumulation of black air … but did he mean dark matter?

O’Brien was writing at a time when the strange ideas of quantum mechanics were slowly becoming common currency. Schrodinger was lived in Dublin at the same time as O’Brien. O’Brien was keen to show how our modern conception of the Universe could sometimes lead to troubling conclusions. The “spooky action at a distance”, Einstein’s description of quantum mechanics, led to O’Brien’s rural police station with a direct link to eternity. And today, with dark matter and dark energy?