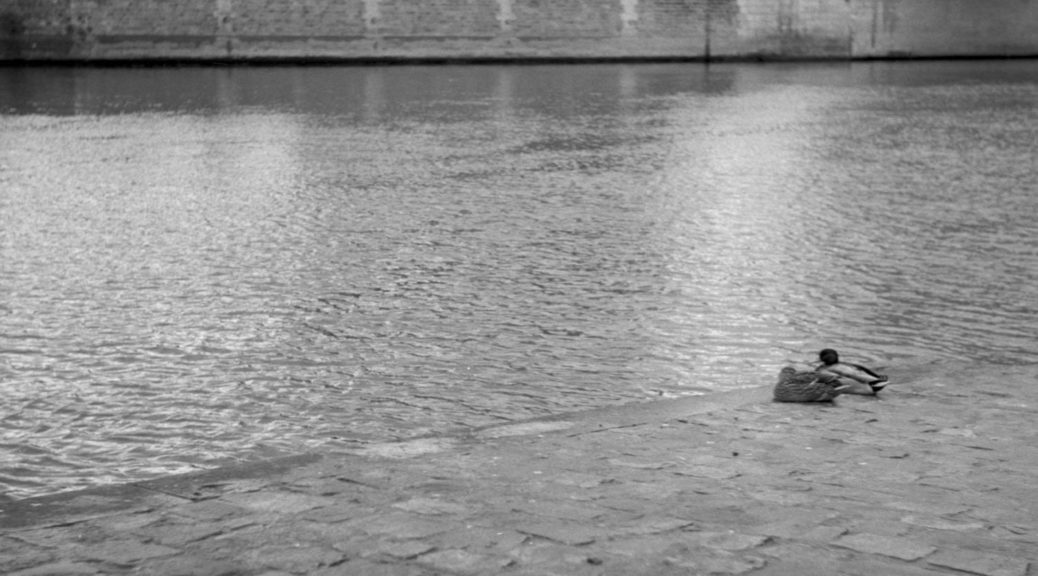 I’ve been reading DeLillo’s books for a long time now. The first time I heard his name was when I struck up a conversation with a man on a train in England at the end of the 1980s. He told me that I should really read DeLillo. But it was not until I was a summer student in New Mexico in 1991 that I came across White Nose and its ”airborne toxic event”. And then Underworld when it was published in 1997. I remember carrying around that heavy brick of a book with a photograph of the World Trade Center in the foggy background and St. Marks’ church in the foreground. There was a tiny bird high the photograph, superposed on the towers, that looks to us now like an airplane. DeLillo to me has always been a constant steady background presence. He has always been writing about how conspiracy and terror have such a large place in our contemporary consciousness. So when on one of my walks around town I saw his new book The Silence on the shelves at Shakespeare and Co. I immediately bought it. DeLillo finished this book just before our ”current situation” started.

It is a very slim volume, not more than 100 pages set in a mono-spaced font like it was bashed out on a typewriter. The events in the book take place over the space of a few hours. There’s a catastrophic event but the consequences are not an explosion or widespread destruction. Instead, almost every electronic device stops working. Screens turn dark. And here the event is not seen from the perspective of governments or nations but simply that of a few friends gathered around to watch a football game on TV; there’s a faint echo of the magnificent stadium scene at the start of Underworld. This time, however, people are at home.

DeLillo offers no clear explanations. Perhaps it’s a coronal mass ejection. They’re called ”Carrington Events” after the 19th century scientist who realised what was electrocuting telegraph operators around the world and lighting up the night sky was a big blob of charged particles coming in from the sun. Such an event would have had minimal impact 150 years ago, but today of course it would be catastrophic. Satellites observing the sun would give us a few minutes warning but there would be not much else we could do other than save the files and close the applications. But in DeLillo’s book there are hints that it’s not a natural event.

You see, he is not really interested in explaining what happened. His question: what would we do if the screens went dark? What would happen to human consciousness when the current stops flowing? This being a DeLillo novel our friends speak in a complicated stream-of-consciousness diction comprising waves of technical language and terms. Sentences are pared down to a string of nouns. Almost all events take place in a single room; he’s not interested in outside. But what’s happening outside? “You don’t want to know,” a character informs us. One of our friends happens to be an Einstein scholar, a convenient person to have around in an an event like this in a DeLillo novel. And at one point, an uncanny prophecy:

“What comes next?” Tessa says. “It was always at the edges of our perception. Power out, technology slipping away, one aspect, then another. We’ve seen it happening repeatedly, this country and elsewhere […] But remaining fresh in every memory, virus, plague, the march through airport terminals, the face masks, the city streets emptied out. […] Are we an experiment that happens to be falling apart, a scheme set in motion by forces outside our reckoning? This is not the first time that these questions have been asked. Scientists have said things, written things, physicists, philosophers.”

Since Underworld DeLillo’s focus has narrowed right dow. There is no sweep of event, and the voices speaking are only echoing sounds that we have heard before. There’s no resolution, of course. We leave the book still waiting for the TVs to come back on again and for the smartphone screens to light up. And we start to imagine, just a little, what life without these devices might be like.