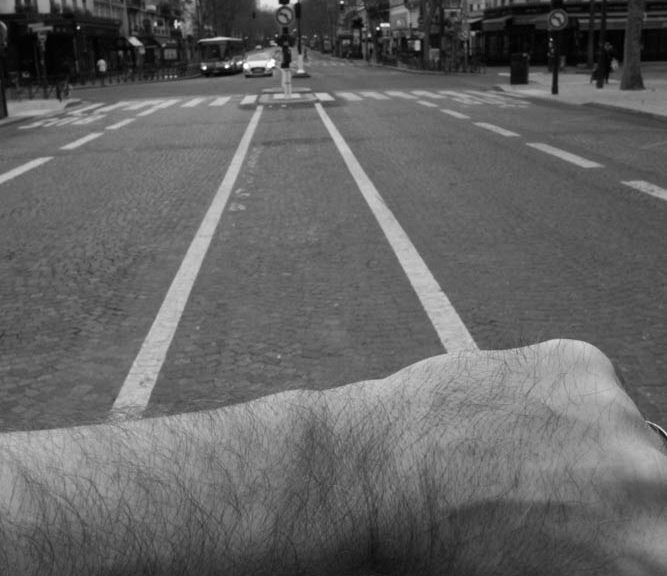 You see, a few weeks ago, I had invited friends and family from the four corners of the globe to come to Paris for my birthday at the end of the month. Of course, I didn’t expect that the celebrations would be disrupted by a full-on Earth Abides-type situation, but that is precisely what has happened. I didn’t expect that that little protein-coated bundle of RNA straight outta Wuhan (only 20,000 base pairs!) would arrive here so rapidly and have such a pervasive effect on our everyday life.

George R. Stewarts’ Earth Abides, for those of you who don’t know it, is one of the most classic romans d’anticipation of all time (the French term for SF is just so much better; here I feel that SF is treated with respect). It is also a work of poetry and literature. I read the book when I was 17 and again in my 20s, and it has stayed with me ever since. The protagonist is a graduate student in geology who is up in the hills getting data for his thesis (as you do) when he is bitten by a snake. He falls ill, then falls ill again. In his fever, two men come into his shack, see him lying there, and then leave quickly. Were they really there? He imagines that it is a dream. Eventually, he recovers and comes down from the mountain to discover that he is (almost) the only person left alive. The world’s population has been decimated by a highly contagious and lethal disease which he was protected from by his snake-bite. That is the start of the book.

Stewart’s day job was a forestry ranger with the parks service and what the book is really about is the relationship between man and his environment. How natural systems have been perturbed by humans and how they will change when humans are no longer there. It is also about the relationship of humans to their culture. In Stewart’s book nobody is battling to save civilisation like desperate scientists in a laboratory surrounded by zombies. Civilisation disappears and the few people who are left have a hard time remembering what was the point of it, actually. Stewart’s character, Ish, valiantly tries to keep the Berkeley public library in order and the books in good condition but nobody is too interested in reading and pretty soon nobody can read. His goal of preserving culture and learning recedes and by the end of the book he is happy to have passed on a few suggestions on how to make weapons that don’t depend people using up their rapidly-depleting stock of ammunition.

All of these thoughts have been running through my head over the last few days. Like many places in Europe, our lives have been put under an increasingly severe series of restrictions in order to slow the spread of those RNA base-pairs . The main immediate effect of these restrictions is to greatly reduce the volume of traffic in the centre of Paris. Our apartment, which faces a long tree-lined avenue, normally vibrates imperceptibly to a slow background rumble of cars and lorries. But now, nothing. Opening the window, a car can be heard passing every few tens of seconds, if not less. On the street below one can now hear people’s voices. Birds can be heard signing. Just after the latest restrictions came into force, I leaned out the window and saw a rat the size of a squirrel scuttling from the bushes in the middle of the avenue and to the pavement and back again. In the middle of the day!

A quick walk around the neighbourhood reveals the fuller extent of our apocalypse with French characteristics . Unlike in Spain or Italy, we are not in total lock-down (this was written three days ago; enforcement is much more vigorous today on Saturday morning). You are still allowed to leave the apartment for a range of reasons, providing of course (this being France) you have a signed piece of paper explaining why you are not at home. Not all businesses have closed. The supermarkets are open (and the shelves slowly being re-stocked after the panic-buying of the last few days). In my very short walk on Thursday morning I met a few joggers and elderly ladies walking their dogs. I saw delivery vans bringing produce and electronic goods from Amazon warehouses to people’s homes. Everyone studiously is maintaining a nervously safe distance from everyone else. This morning it was quieter than the quietest day of the year, the 15th of August. Many people have left the city, those wealthy Parisians who have secondary homes in the countryside. We are all supposed to be working diligently at home (teletravail is what’s called here), thanks to the wonder of the internet. Yes, it’s not exactly Earth Abides. The idea that life should continue as normal, electronically, in the midst of all that suddenly seems strange to me. In some ways we are lucky that our lives can be abstracted away like this, converted into bits. But is so sad to see this great city empty of people.