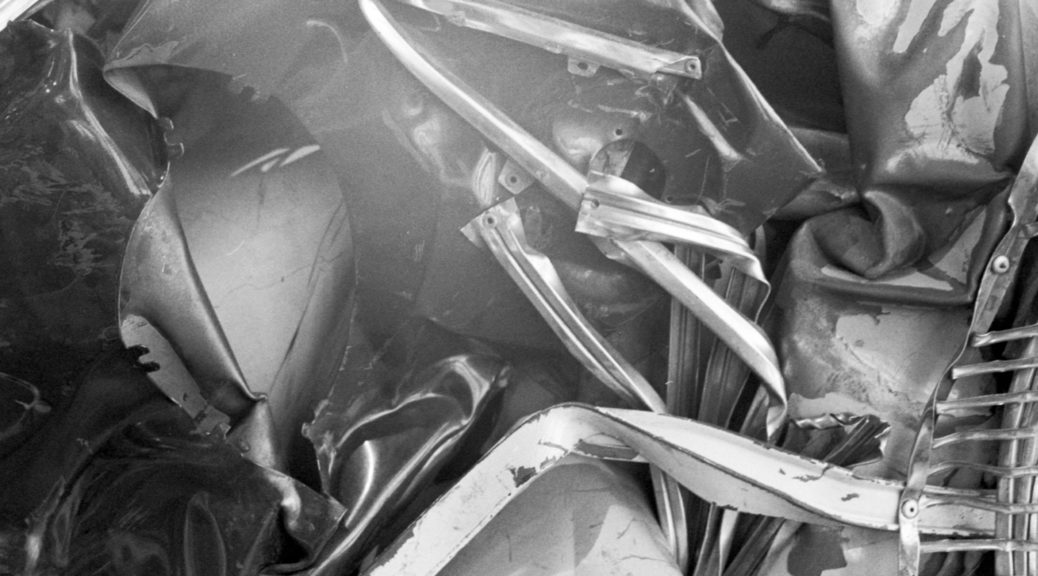 I admit that I quite enjoyed my 52rolls experience in 2016 and I missed taking part in 2017. It’s a good exercise to critically look over one’s photographs each week. However, I thought that maybe writing about a whole roll of film or an experience from a roll of film each week was a bit too much. There is not always such a large number of things going on… But, nevertheless, I am still shooting as much film as ever. So here is my idea: I will select one photograph per week, and write a short text about it. I’m already starting four weeks’ late, which is a good idea: that gives me time to decide what to post and what is interesting or not.

So here is the first photograph. A close-up one of one of César’s series of compressed cars. What was interesting about the show was how he used industrial methods to create works of art, leading the way for many artists after him.

I remember as a child we lived near to a scrap yard and I was fascinated by these machines which could reduce a full-sized family car to a cube a few meters across. Staring at César’s heavy blocks of metal I thought of this and of wondered how much weight the floors at Beaubourg could really hold.

See the other photographs in the series here