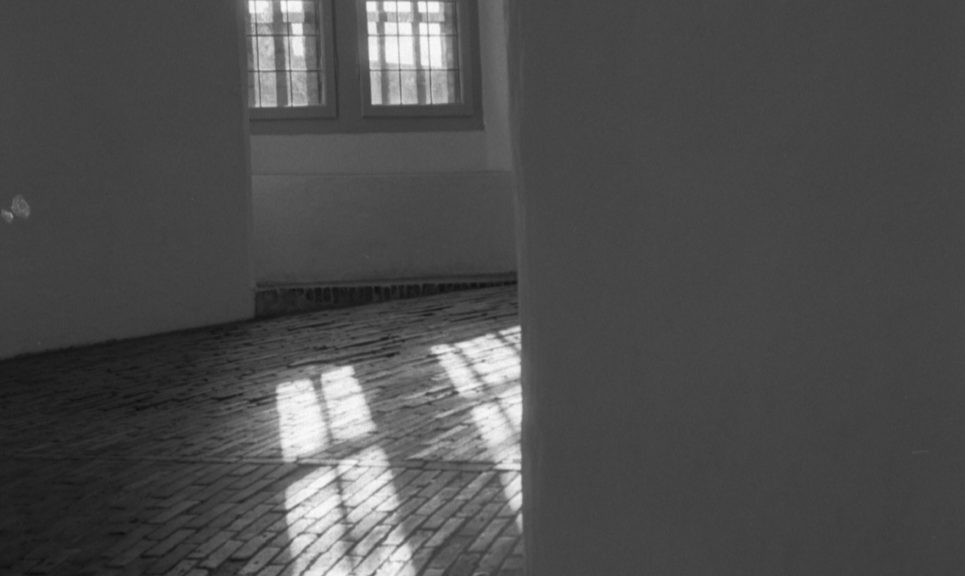 Now, Copenhagen. Walking around on the city on a Saturday evening just after I arrived, I came across a round tower in the city centre. Inside, it looked like this:

A smooth brick floor curves resolutely to the top of the tower. Some soft evening light shone through the windows.

Of course, I discovered once I got to the top that the Rundetaarn was once an astronomical observatory, built in 1642, thirty years before the Paris Observatory. Peering through a window near the top one can see instruments and telescopes. Today, the centre of Copenhagen, like the center of Paris is no longer an ideal location for observations, at least of celestial objects. 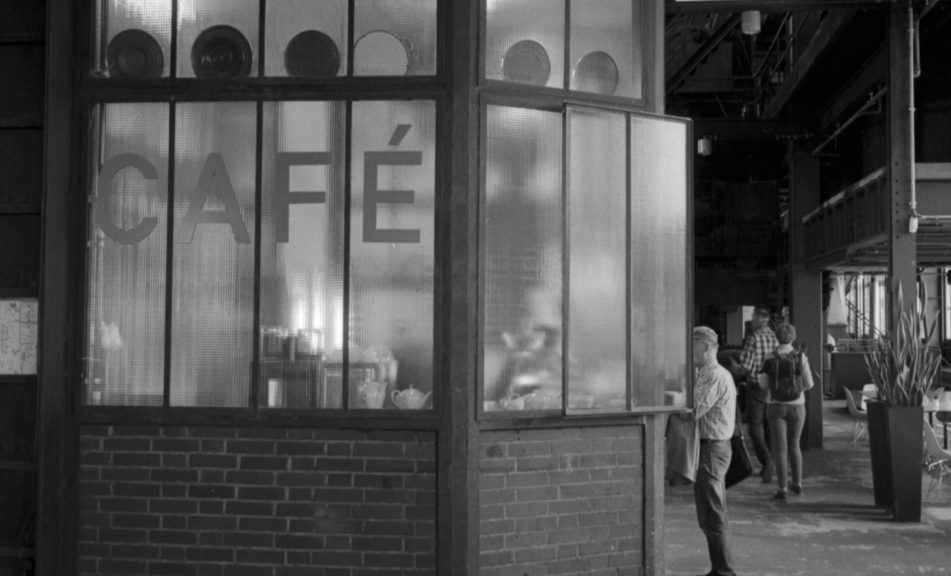 After Bonn, I spent a few days visiting friends who live near Essen, in the Ruhr valley. Here one can find the remains of the massive Zollverein industrial city, once the largest coal-mine in Europe. The main coal-washing hall has been transformed into an enormous museum telling the history of the Ruhr valley dating right back to prehistoric times. It is a beautiful and and encyclopaedic museum.

So in the west, this is the story of our age: factories transformed into cultural artefacts. In the museum, countless photographs testified to the terrible conditions at the factory. And it’s not just photographs: one can see embalmed lungs shrivelled up by emphysema. Of course, such places still exist elsewhere in the world, and an epic film from Wang Bing a few years ago shows the hard life to be had in Chinese steel mills.

But today, the control room on the main floor at the Zollverein coal-washing plant has become a cafe.

Today, Zollverein is quiet, the machines are stilled, and the dials are all at zero (as you can see from my previous post). 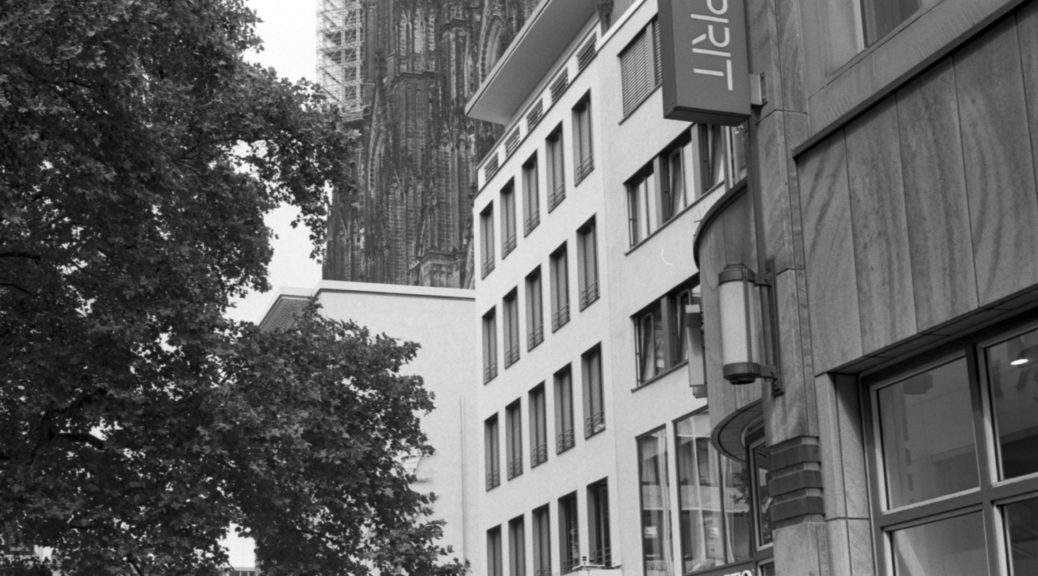 … and we built shopping malls where there were once houses. So begins a nine-day trip to Germany, to Bonn (for a meeting), Cologne and Essen. The very first thing one sees stepping out of the central train station in Cologne is of course the famous Cologne cathedral. The cathedral is much larger than any cathedral I know of in France, and a quick glance at Wikipedia reveals why: it was completed at the end of the 19th century, when our knowledge of engineering and our ability to cast steel beams (I suppose) was significantly more advanced. One could at last make very large cathedrals without running into annoying problems like they did at Beauvais with bits of the building collapsing (Beauvais cathedral was never actually finished and inside there are many wooden beams holding the building together).

Cologne cathedral, I learned, is the most visited tourist attraction in Germany (presumably because of the close proximity of the train station). Inside, tourists are confined to a tiny corner of the building. It means there are terrible crowds, which is ironic because gothic cathedrals were invented by Abbé Suger as essentially a crowd-control technique, a way to get as many of the faithful as quickly as possible around the relics in the shortest possible time. In Cologne, it seems, tourists do not benefit from this innovation.

The centre of Cologne, of course, was terribly destroyed in the war, and afterwards not much thought seems to have been given as to how to rebuild it. So it goes, as a certain American writer might have said. 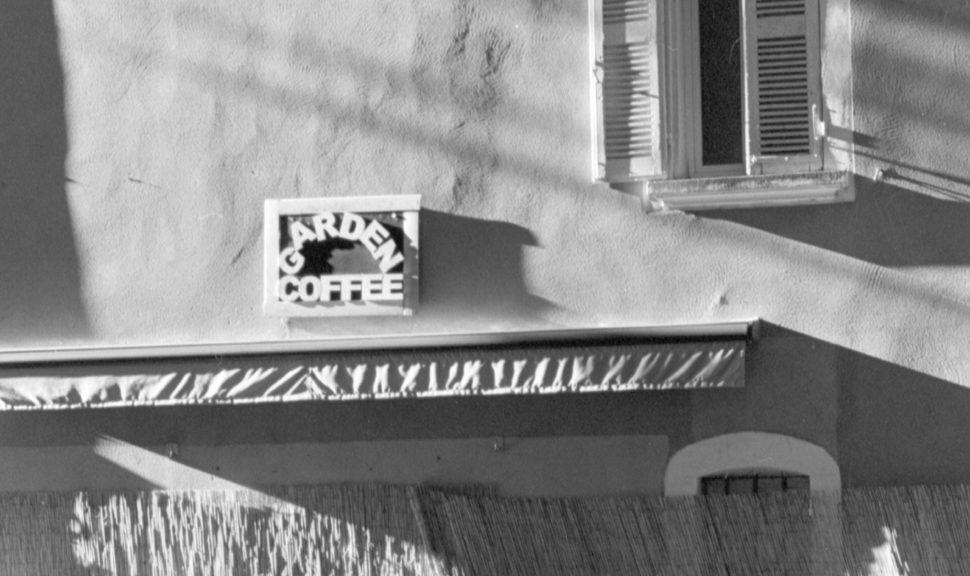 Yes, now I am travelling again after a long period in Paris. I spent one night in Grenoble (where I saw an old friend again after a long time) and in the morning early before my meeting I walked around looking for what could be a photograph. Grenoble is a strange place, there is an inner core of old buildings, surrounded by a larger layer of 70s-era tower-blocks, and beyond that the mountains. On a June morning like this one it’s a pleasant enough place. But here’s no photographs of buildings and mountains, just sunlight grazing a building sometime in the early morning.