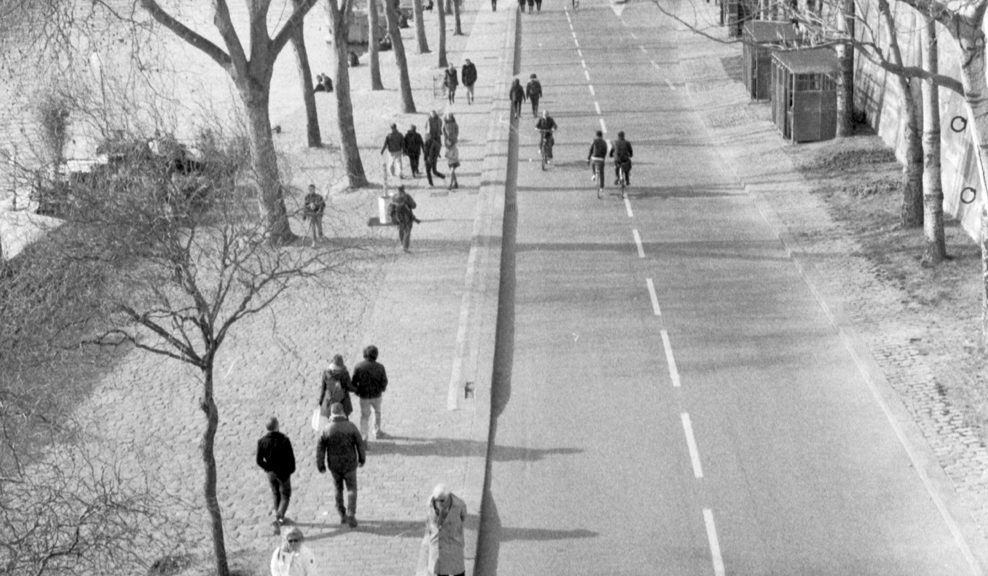 Yesterday, the weak winter sun came out for a few hours and I went for a walk around town. Always the same places, but always something different to see. I was curious also to try a new film that I had just received, Bergger’s “Pancro400”. Like a lot of people I have been following closely the slow re-awakening of analogue photography and the film industry. In the last few months, several new films have been announced, and I am anxious to support any such initiative to bring new emulsions to the market.

Before Bergger, there was “Guilleminot” a French photographic company which was founded in… 1858. When they closed operations in 1995, the technical director of operations, Guy Gérard, decided to start Bergger. I guess this is like the Ferrania story, but twenty years before! Bergger have created a solid reputation for themselves as producers of high quality photographic papers and chemistry. Recently, the photographer-owner of a photographic supply firm and development laboratory, Aurélien le Duc, bought a controlling stock in Bergger. Realising that fewer and fewer people were printing in the darkroom, and more and more people were scanning, he decided that it would be interesting to provide some new emulsions (I am taking this information from a few articles in French I found and this nice interview with A. Le Duc).

Bergger don’t have their own production facilities, they are renting time on a German coating factory, which obviously makes sense given the small volumes involved. I think it is the famous Orwo Filmotech company (isn’t it Orwo film that Josef Koudelka shot on all those years ago?). However, Pancro400 is a new formula, unlike Bellamy Hunt’s “Street Pan” and Ferrania’s “P30”.

Well, I have only shot one roll. Nevertheless, I am posting my thoughts here as I think a few people might be interested. Physically, the film is reassuringly solid and thick, and I had no trouble loading it. I developed in good old HC110 using the times on the Bergger website. As is claimed, it does have nice tones and nice shadows. Yes, there is a certain ambience in the photographs for sure, probably accentuated by the fact that I am using one of my older Leica lenses which has less contrast. I would have to develop my other four rolls to really decide how this film is compared to Tri-X or HP5+, but this first roll seems very promising indeed. It does seem less contrasty that Tri-X in HC110. Here are a few photographs:

Now on the quais and near Notre-Dame. Since the berges rive droite have been closed to traffic a few months ago, it always feels either post-apocalyptic or eternal summer, depending on your point of view.

That’s all! As a rule, there is only one or zero good photographs per roll, and I have put three here, so that is asking for trouble. Thanks to Bergger and friends for providing us with another choice for film…